GoogleFail and the Cloud: Bring it on.

It seems that the talk of the week this week was the massive GoogleFail.  I will refrain from rehashing my “post a corporate logo on the fail whale” shtick today, because I don’t seem to be as downcast about it as everyone else.  In fact, this is one more reason why I love Google’s services, and the cloud concept in general, and why I say, “Bring it on!” 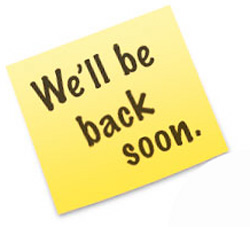 What?  You think I want four hours of slow Web sites?  Of inaccessible Gmail?  Nosiree.  I hate the thought!  But here’s another thought:  Email goes down, doesn’t it?  Whether it’s Gmail, or POP, IMAP, or Exchange, sooner or later, we experience a little downtime.  It happens.  Of course, when you have to call someone and say, “Sorry, I didn’t get your email, my corporate Exchange server is on the fritz…”  That just sounds bad, doesn’t it?  Looks bad for your company, and for you.  Google?  Well, that’s another story.  Nobody could blame your company for going with Gmail, because it’s a great deal.  And when the shit hits the fan, nobody’s going to look down on you because somebody at Google screws up.  (Unless you work for Google.)  And as we can see this week, EVERYONE will know when Google screws up.  So, in a sense, Google gets to play the patsy and subsidize our would-be embarrassments.  No longer is it Joe in IT’s fault…  It was the GoogleFail, you know, the one all over the news.

Which, might I add, is silly.  This should hardly be newsworthy.  I’ve been on Gmail for more than four years, and in those four years I cannot recall more than eight hours in which Google has been less than 100% operational.  That’s about 99.978% availability, and I would consider that a conservative estimate, as many accounts were probably still freely available during those incidents.  (I have never personally felt the effects of ANY of Google’s outages.)  That’s at least as good as my web host, it’s at least as good as my email at work (probably significantly better if you’re counting slowdowns as downtime), and it’s probably about as good as the small server cluster my team runs at work, which has far more redundancy than it even has points of failure.  So Google (and by proxy, “the cloud”) is at least as reliable as non-cloud technology…  It provides everywhere access and features (such as collaboration and interoperability) that local technology typically can’t touch.  And as previously established, when it IS down, it’s not your fault.  How is that not a win-win situation for everyone?

So yes…  I say bring on the cloud: slowdowns, GoogleFails, and all.

This entry was posted in General, Programming. Bookmark the permalink.

One Response to GoogleFail and the Cloud: Bring it on.